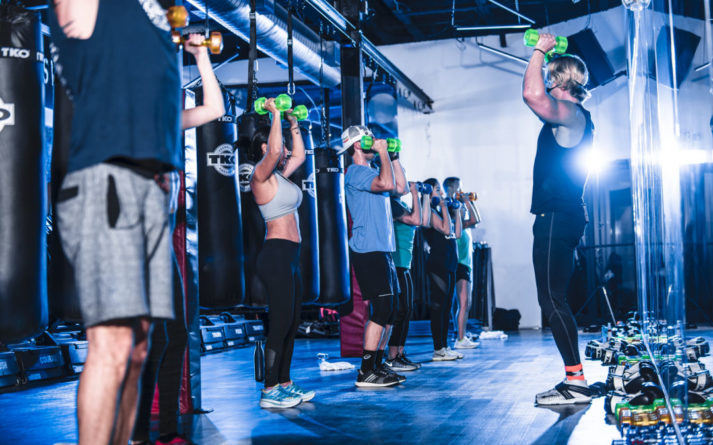 What Do a South African Fitness Craze, Tour de Houston, and a Celebrity Trainer Have in Common?

Answer: They’re all happening in Houston this weekend.

If you live in Houston and you want to work out, this is your weekend. Between the grand opening celebration of South African-based SWEAT 1000′s first U.S. location in the Heights, the 13th annual Tour de Houston cycling event, and a visit to Revolution Studio by celebrity trainer Jason Wimberly, there are more ways than ever to burn off all that green beer you’ll imbibe on Saturday. Just give yourself some time to digest, or … well, don’t say we didn’t warn you.

SWEAT 1000 comes to America by way of the Heights

“We strive to be an anchor in the Houston community and to give back the Texas hospitality that we have received,” Jordan Strouse said. “We can’t wait for the opportunity to change some lives in Houston.”

Expect to work in a SWEAT 1000 class, which stands for “Specialized Weight Endurance Athletic Training” and represents the number of calories burned in an ass-kicking, full-body, one-hour workout. Though tough enough for Olympians and EFC fighters, SWEAT 1000 classes are tailored to participants’ endurance levels and can accommodate beginners.

The Heights studio, which makes SWEAT 1000 a global brand, is the third studio—locations also exist in Cape Town and Johannesburg, South Africa. The Rothschild brothers are sticking around Houston for a while longer, and the grand opening celebration continues all weekend: Heights studio co-owner Ana Barron teaches an 8:15 a.m. class on Saturday, which is followed by a 9:30 a.m. class with Frank Torres, and a 10:45 a.m. class with Andrew Rothschild. From 8 to noon, Total Nutrition Houston will be set up on the green space outside SWEAT 1000.

On Sunday, Marteana Tea Company–featured on CNBC’s Billion Dollar Buyer–will set up its food truck outside from 8 to noon. Classes kick off at 8:15 a.m. with Thomas Mosnes, followed by a 9:30 a.m. with Eric Turner and a 10:45 a.m. with Paul Rothschild. The brothers return to teach classes next Saturday, too: Paul at 8:15 a.m. and Andrew at 9:30 a.m. on March 24. Sign up online.

There’s still time to sign up for this year’s 13th annual Tour de Houston on Sunday, March 18. Presented by Apache Corporation, the event is designed to promote physical fitness and alternate transportation in Houston, by and large a car city. Mayor Sylvester Turner will kick off the event on Sunday morning at Hermann Square in front of City Hall (900 Smith St., downtown). A variety of routes, plus information about rest stop locations, packet pickup, and more can be found online; organizers recommend riders taking on the 60-mile route begin at 7:30 a.m., while 40-milers should start at 8 a.m. and 20-milers at 8:15 a.m.

The Houston Police Department and Harris County Sheriff’s Office will manage traffic control at all intersections along Sunday’s route. Pre-register for $40 online by Saturday, March 17; day-of registration is $45 on Sunday. Riders ages 12 and under are $20. Funds benefit RE-Plant Houston, the city’s reforestation program managed by Houston Parks and Recreation.

Jason Wimberly is the man behind the physique of celebrities like Jayne Lynch, Selma Blair, Alysia Reiner (Orange is the New Black), Leila Goldkuhl (America’s Next Top Model), and Sonoya Mizuno (Ex Machina). The Los Angeles-based trainer behind “Wimberlean” also founded “The Wall,” a fitness space that blends indoor cycling and strength training in its one-hour classes. He’s here in Houston from Friday, March 16 to Monday, March 19 to host four signature cycling classes at Revolution Studio.

Wimberly’s next class at 10:45 a.m. on Saturday is a 90-minute ride at Revolution’s River Oaks studio; on Sunday, he teaches an 8:30 a.m. 45-minute class in Sugar Land before capping his Houston tour with a 9:45 a.m. Monday, March 19 back in River Oaks. His classes promise a blend of core activation, rhythmic weight training, and indoor cycling–more than your average spin session. Over 10 years in the fitness industry, Wimberly has taught more than 6,000 sold-out classes around the country. Sign up online before these bikes are spoken for, too.

Article by Abby Ledoux for Houstonia.

Stay fit and fabulous with SWEAT 1000